Did you know your car can be stolen without the keys? See some of the most popular vehicles below that are prime targets for car theft!

The all new Autowatch Ghost ADR 2 is now a Tassa Verified Product and can now be recognised by insurance companies.

** Please contact our sales team to confirm vehicle compatibility before purchasing this product. This Price is a guideline price only, additional charges may occur. Call Us

*If you keep the ADR tag somewhere else.

Autowatch Ghost ADR immobiliser is hidden in such a discrete position that we can guarantee that even yourself would not be able to find it.

All Prices inc VAT and Include a 2-year warranty

Why have an Autowatch Ghost ADR Immobiliser system?

Every day more vehicles are stolen without the owner’s keys.Cloning equipment & door lock pick sets have become an easy purchase on the web. Thieves require very little training making it a very simple to steal the most modern cars today. Access to such equipment allowing thieves to scan & clone your vehicle keys.Cars such as Audi, BMW, Land Rover, Mercedes, VW & much more makes it a wise decision to protect your vehicle with an Autowatch Ghost ADR immobiliser. 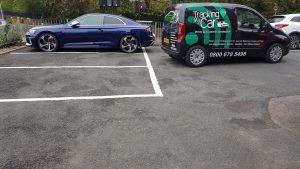 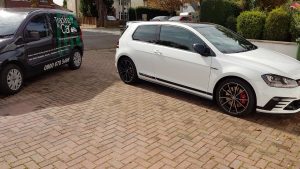 With Autowatch Ghost ADR immobiliser, nothing is on show in the vehicle.The entire installation is a covert install by one of our qualified technicians.

Complete Stealth mode when it comes to start up your vehicle


Look how easy your car can be cloned?

* Autowatch Ghost ADR immobiliser system is fitted from £499 vehicle dependent.Please call sales team for confirmation on price for installation on your vehicle.

** Due to the complexity of new vehicles, some vehicle Manufacturers, models are still in development. Please consult with our sales team for coverage on your vehicle.

*** For best performance,ADR tags require CR2032 batteries to be replaced every 12 to 18 months.

Delivery and Installation InfoPlease read before ordering.
Tracking My Car is located in Nottingham. We offer delivery and installation to different areas.

We are very happy to bring you the ultimate convenience of fitting your vehicle tracking device for you. We will come to your home, or place of work and fit your items to your vehicle at a time that suits you.

We use cookies to ensure that we give you the best experience on our website. If you continue to use this site we will assume that you are happy with it.Ok